Grupo C, (Grupo Civiero, S.A.), company founded by Benedetto Civiero and managed by Carlo Civiero and Lorenzo Civiero, is the management arm of a group of development and construction companies that have several different projects in la Costa del Sol. Its presence in the Real Estate market for more than 63 years in Italy, and 50 years in Spain, has won the company an excellent reputation.

The first project on the Coast, developed by Grupo C, is Puerto Cabopino, a luxury urbanisation and private harbour in eastern Marbella. A project that complements itself to the natural surroundings, all thanks to the idea of not disturbing nature while building beautiful and solid structures. Puerto Cabopino, became a flagship and an example of the idea to follow, beauty and quality, a rule that all of the Grupo C projects follow.

In the eighties they constructed the Urbanisation Cerrado de Elviria that again shows the beautiful and delicate lines of urbanistic architecture. Villas, apartments and townhouses of low height complementing the green and lush gardens and natural pine woods of the low hills of the area. In the nineties they begun two urbanisation’s at the sea shore with the most exquisite architecture and the most solid construction, building a dream, making an image a reality. This way Cerrado de Elviria Beach and Los Monteros Palm Beach were born.

For the XXI centuary the mentioned group, is developing in Mijas-Costa, constructing architectural structures that will complement with the native nature of the area, low hills covered by green areas looking at the Mediterranean sea, always using first class and noble materials, the name Cerrado del Águila, a project that will host a Hotel Resort and a magnificent 18 hole golf course.
A project west of Marbella called Cumbres del Rodeo has been developed, bringing the Grupo C trade mark to the area near the world famous Puerto Banús. A Mediterranean style urbanisation consisting of 115 apartments and penthouses built to the highest standards and enjoying sublime views to the sea.

During the last 35 years various independent projects of Grand luxury villas have been executed up and down the Costa del Sol. 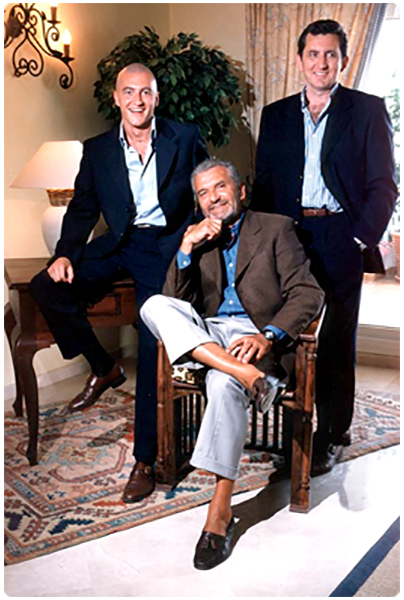